After our second negative test, we geared up for our third run. Now, because we’ve been to the fertility office so often, they pretty much know how I react to the meds and can nearly pinpoint when my follicles will be ready without an extra ultrasound midway (yay for saving $250!). I went in, no cysts, they gave me the 5 days of 2 pills, then we skip a day, and do 3 days of injections. Those end on Friday (CD 10), and we go back in on Monday for our ultrasound to see where my follicles are at size-wise.

After that, we get an insemination date and do this whole thing again.

There’s such a huge difference between the details in our first blog posts with the first IUI vs this third one. If you’re looking for more details, go back and revisit our first try! It’ll give you a way more in-depth blog about the whole experience. At this point, I think we are both exhausted and trying to be as patient as possible. Also, I have a bunch of physics homework that’s keeping me busy.

Last week we went to our local “witchy” store called Avalon,  which has pretty much anything ranging from incense to tarot cards, to books on Greek mythology, crystals, jewelry, herbs, oils, and mediums. It’s a really neat place to visit. Sam did some research about which stones and crystals can help with the fertility process, and we picked out a few things. At this point, nothing can hurt. Going to school for Aerospace Engineering requires me to take Chemistry and Physics classes, which just furthered my knowledge of energy. I also filmed and edited all the meditation videos for our local Yoga studio (Warrior One) so I learned a bit more about chakras and meditation from that as well. #shamelessplug #notsponsored

If that scene is not for you, that’s totally fine. It’s also okay if you don’t believe in any of the energy stuff. I come from a religious background and throughout my life my faith/religion has altered and grown with me. My personal faith doesn’t keep me from wanting to learn about other things. That’s something I truly admire about Sam and I and our relationship is that we are always learning, growing, and teaching each other things. This is our personal journey and I’m trying my best to share it with people who are trying to have babies in case anything works for them. Hopefully, this works for us!

(do we get to count the crystals too? lol those were optional though sooo probably not)

This year, we are attempting to take fewer vacations.
(insert huge eye roll here) If you know us, you know that this is next to impossible for us. We love anyyyyy excuse for an adventure.

We need to save money, and we can’t do that if we keep traveling for concerts. HOWEVER, we bought Mumford & Son’s tickets back in November for their concert in March. So obviously we couldn’t NOT do that, which meant a trip to Birmingham for the weekend. It’s only an 8.5-hour drive for us, so… why not? Birmingham is one of our favorite cities!

We drove up on a Friday afternoon and made a pitstop in Valdosta, GA to surprise my little sister and her family. She had noooo clue we were coming, so it felt great to just spend a few hours with her. I painted my niece’s nails (and my niece painted Steph’s nails, which she proudly wore to the concert), played with her makeup and turned her into Harley Quinn, and had a tea party in her hot pink room. Then, I watched my nephew kick some Spider-Man video game ass. It was a great halfway-ish break!

Our one full day in Birmingham we spent exploring. We started our day out at Urban Standard which is the BEST coffee/breakfast place that we found when we were there the first time a few years back (for a City and Colour concert). Steph still raves about their Balsamic jam to this day. (she’s a balsamic JUNKIE, to say the least). This time all Steph wanted was Avocado toast, and I got a coffee gravy biscuits and gravy. IT WAS TO DIE FOR!! I got a chai tea latte and Steph got a soy latte with vanilla – honestly, everything they make is incredible so you can’t lose. (And the presentation of their drinks are so perfect!!!)

We decided to spend the day exploring and seeing things we hadn’t seen the last time we were here. We went to check out a vintage Vinyl store, Seasick Records and next door there was a really neat antique mall called Urban Suburban. After wandering up and down every booth I scored 2 old fashioned makeup train cases that I have been obsessed with for years for just $10! (Steph’s mom has a blue one and I’ve needed one ever since I first saw it!) 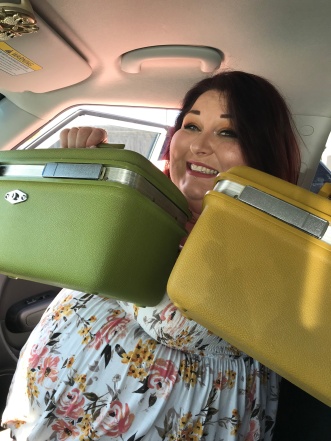 We left the vintage mall and headed to this video game coffee shop called Saturn! We walked in and Steph was in heaven. There was a rocket hanging from the ceiling and all of the space gear decorating the whole place. Steph ordered an Iced latte and I ordered a  Kombucha because they told me that it didn’t taste like vinegar, and that is the ONE thing I despise about Kombucha. I fell in love and then found out that I cannot get said Kombucha in Orlando since it’s locally made and apparently Florida has something against good kombucha. (sorry to all of you Kombucha lovers, but I am NOT one of them). We sat down to play old school Mario Kart on their Nintendo 64. And Steph, of course, kicked my ass. (I wasn’t sour about it in the leasssst- insert eye roll here-) 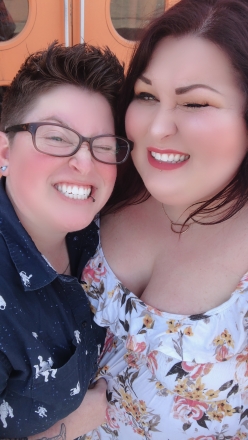 When we were leaving, we were going past the Sloss Furnaces, which we had read about before. Apparently, they are super haunted and a creepy place to be after the sun goes down. We had decided prior to this that we would NOT be stopping there.. but after seeing them up close (and it being the middle of the day), we decided what the “hell, why not!?” and we were sooooo glad that we decided to stop. Despite feeling lotsssss of cold chills and quite a few eerie heavy feelings, they were sooo gorgeous! They were full of all the history that we both love so much. They started operating in 1882 if that tells you anything at all. In typical “us” fashion, we turned it into a photo session and had a ton of fun. Not to mention ended up with some awesome photos! 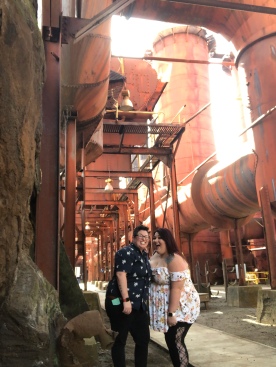 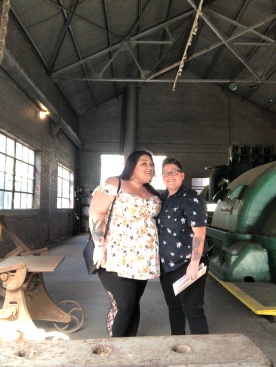 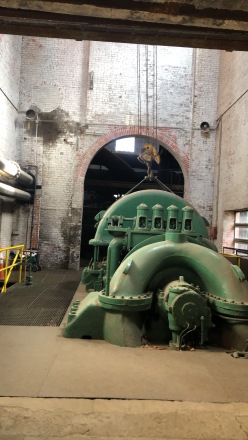 While we were at Sloss, someone suggested a place where they serve edible cookie dough like ice cream called Cookie Dough Magic and Obviously, we had to check that out. We tried a ladyfinger cookie dough, birthday cake, and chocolate chip. Seriously, it was sinful and we probably should have been rolled out of there!

By this time, we were EXHAUSTED! And still had a concert that we had to stay awake all night for! We went back to the hotel and laid around for an hour or so. Luckily the venue was literally attached to the hotel. All we had to do was go down an elevator and walk down a hallway and TA-DA! And on our way to the concert, Steph was handed a Mumford & Son’s Delta Tour t-shirt! Scoooore!! We finally got to our ALMOST nose bleed seats and the concert started! They were INCREDIBLE. Mumford & Son’s are breathtaking Live. For their Encore performance, they brought out this husband and wife duo who blew us all away the second they opened their mouths! If you haven’t heard of The War and Treaty, YOU NEED TO LOOK THEM UP RIGHT NOW!!!

We had a GREAT weekend! Stopped at my sister’s again for an awesome dinner. I taught her how to roast asparagus! It’s the little things. By the time we got home, it was around midnight Sunday. And unfortunately, we had to get back to reality Monday morning. Totes worth it though!!

Here are some gems from the Mumford and Sons concert: 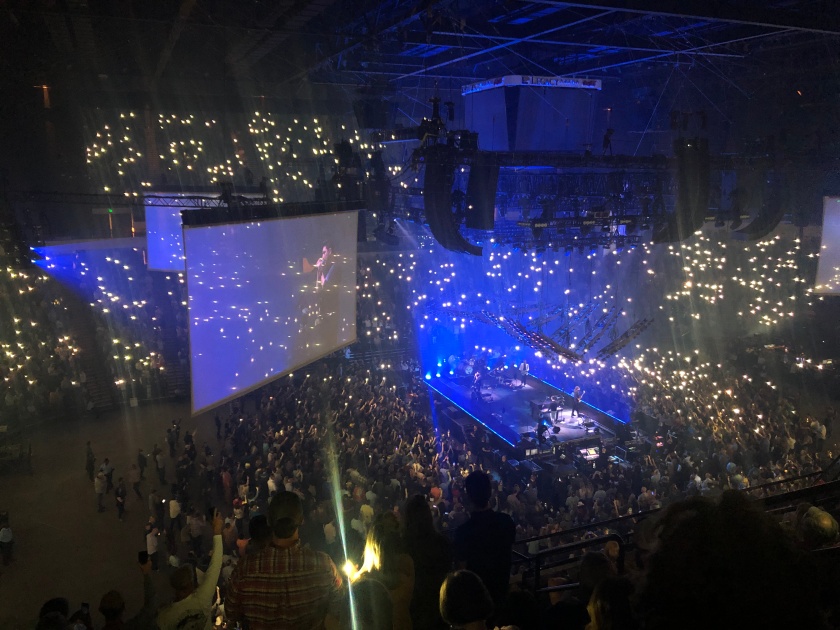